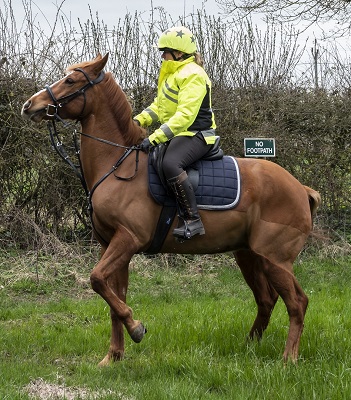 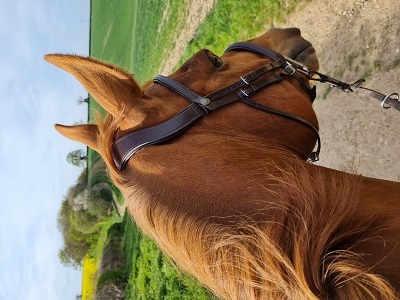 "I've had my 7yr old ISH for 18 months now. Last August my riding instructor advised me to contact Malcolm as my horse was very spooky, easily distracted and very nappy out hacking (even in company).

He  was getting better in company but, try hacking on his own, and he would do mini rears, spin, back up and try to take off! I couldn't even ride him around the grounds of the stables without him getting anxious and spinning.

Malcolm was very helpful and straight away gave me the hope we could help him. We changed his diet completely (he was on a herbal chaff and a balancer*). Malcolm suggested a chelated calcium based vitamin, mineral and amino acid balancer plus a high fibre feed and eliminating all the added magnesium from the rest of the diet.

Wow! I saw a difference. After 3 months my horse is more relaxed schooling and in company hacking. We have taken things slowly, starting to get him to take the lead out hacking, going out on his own with my partner on foot and doing a small route without anyone else. We have always had him on a gut supplement. Recently we found he was struggling more than usual. I spoke to Malcolm who suggested putting him on the DIGEST supplement instead (no magnesium). So far so good!

This weekend we had our biggest achievement yet! We went out on a 1 hour solo hack without any issues. I cannot thank Malcolm enough for all his time either by phone or email. I know that without these products I wouldn't have the happy, relaxed horse I do now. Its amazing to see the difference in him."

* Dylan was being fed a chaff with "GABA agonist herbs" used as flavourings. They are becoming far more common as feed firms eliminate molasses but still need to maintain palatability. These hit the same receptor as diazepam (Valium) and that can really impact on the behaviour of some horses. Read more here.

He was also on a commercial balancer, Except for EquiFeast's products almost every balancer in the UK and USA markets have magnesium added. The science is very clear - it builds up in horses (equine science) and it sedates (equine science, neuroscience and biochemistry). Sedation is the polite term; "brain impairment" is probably more accurate as it often increases anxiety, distraction and spookiness. Read more here.

Note: Just because one particular product suits Dylan doesn't mean it is right for your horse. To make sure your diet has the right "brain food" and none of the "nasty" ingredients why not fill in our Free Diet Review form. It only takes about 5 minutes. 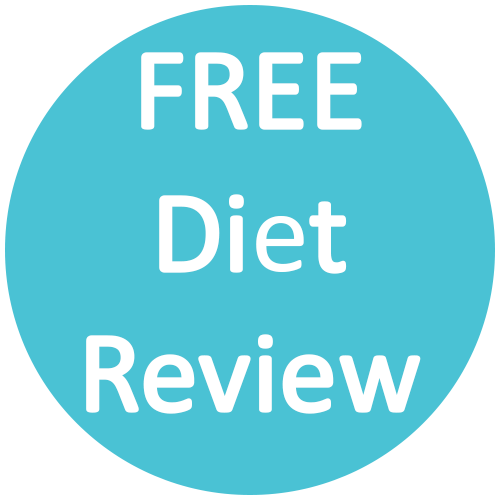 A number of people ask us what training Nicole did to capitalise on the increased co-operation she got from Dylan when his diet was changed. So here is what she sent us:

- then after doing same routes we dropped the lead rope and she would walk at the side. Then we progressed to her walking behind

- my instructor walked on foot & gave me some tips. When he backs up, I was tap him on shoulder until he stopped. Really important to get timing right.

If he tried to rear or spin. Lift one arm up in air.  So one hand is up, the other in normal position. Both these things really helped. The arm up is really good if your horse is quick/spins etc.

My instructor also got me to contact EquiFeast as she said he was still not right.

After speaking to Malcolm, we changed his diet and haven't looked back.

He just had a change in attitude. Yes, he would still try to nap at times but he was now listening and willing to work with me. He seemed happier in himself and instead of spinning, he would stop. I would take a few minutes to let him process and ask him to go again and he did. He really started to feel less anxious about things.

We continued with getting someone to walk on foot on hacks, then getting them to go behind and  let Dylan go in front. We also got him to start leading in company. Taking it slowly & building his confidence. He leads really well now.

Then built it up to taking him out alone on rides he knew best. I let him eat some forage at times to make it a nice experience.

He is now hacking solo & we continue to build his confidence but the changes in him are amazing. I truly believe that getting his diet right was the turning point. EquiFeast feed has really worked for us.

Time & patience is also a big key. I never got annoyed or told him off. For me, it's always been making sure he is OK in himself.

We also do a lot of in hand work including a bit of liberty now. This has really helped deepen our relationship

I also recommend to keep a daily log, just a one liner. It's great tool to be able to refer to & see progress."